In the forest or at the desk: the transatlantic pre-school divide

When Carrie Anderson decided to send her 4-year old son Pierce to a German Kindergarten after the family’s move to Stuttgart from Alexandria, VA, she knew that he would be in for a completely different experience than his older brother had going to pre-school back in the U.S. German children attend Kindergarten from ages 3 to 6. But unlike in the majority of U.S. preschool or kindergarten classes, most mainstream German institutions do not teach formal skills like reading, writing and math. 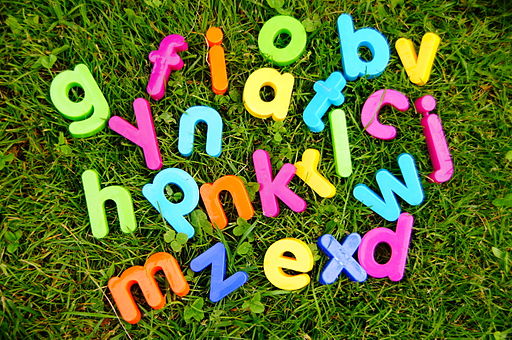 In the country where Kindergarten was invented, the focus is on playful learning and exploring. At Pierce’s German Kindergarten, the children are in mixed-age groups from 3 to 6. After each groups has had its daily morning gathering, children are free to pick and choose their activities, even if that means leaving their own group and joining children in another room. On a regular day, the children spend a good part of the day on the outdoor playground. On other days, the teachers take them on excursions to forests and parks.

How to prepare children for school?

This is quite the opposite of how Pierce’s older brother Jack spent his days when he was Pierce’s age. Back in Alexandria, VA, the now 7-year old boy attended a private pre-school with ambitious learning goals. The school day was broken up in 2 hour-long school sessions, during which the children wrote letters and learned to count and add, interrupted by 30 minute long breaks. And after the school day ended at 4 pm, there was homework to do.

It was tough even for U.S. standards, Anderson said. “But he was proud of what he learned and really seemed to thrive.” At the international school that he now attends in Stuttgart, his writing and math skills made his integration easier. Her younger son will be in the opposite position when the family moves back to the U.S. in a few years from now. He will transition from his play-based German Kindergarten into a U.S. school system that expects children to be able to read and write before they even start regular school.

Anderson said she had a lot of sympathy for the German approach: “I like the fact that in Germany, the kids are pushed to become independent,” she told me. “In the U.S., we don’t let them try and experiment on their own as much.” But she also admitted: “Preparing him for school does worry me.”

When Kirsten Schlenke’s family moved from Bonn to Washington, D.C. two years ago, she picked a play-based private pre-school for her now 6-year old daughter Gina. Unlike in the public pre-schools in the city, children did not learn to read and write there, and coming out of the German system, Schlenke felt more comfortable with this approach. She acknowledged that after Gina started regular school last fall, her daughter has lagged behind her classmates who already know how to read and write. “But it doesn’t bother her, and I also believe that she will eventually catch up,” said her mother.

Two education experts on either side of the Atlantic seemed to agree that all was not lost for Gina. According to Hans-Günther Roßbach, a professor for early childhood education at the University of Bamberg, the advantage of learning to read and write early is mostly short-term. “The technical skill of writing is only one part of language acquisition,” said. “The other part is telling stories and reading to children, which teaches them the meaning of language and will them write essays later in life.”

“Pre-school and kindergarten in the U.S. have become the place where the work begins,” said Lisa Fiore, an early childhood education at Lesley University in Cambridge, and a critic of the dominant trend towards early academic learning in the U.S. “We need to get out of that competitive mode,” she said.

But the German professor also saw problems with the open systems that are now so popular in Germany. While he said that middle class families need not worry about a lack of structure for their children, he also cautioned that this might be different for children from economically or socially disadvantaged backgrounds. “Research has shown that these children benefit from a more structured approach.”

As far as Kirsten Schlenke is concerned, there was certainly no lack of structure at her daughter’s Washington, D.C. pre-school. “It was very free and play-based for U.S. standards, and my daughter loved it there. But compared to her previous German Kindergarten in Bonn, things were quite regimented,” she said. She noted that the American teachers were more involved in every child’s decisions, such as which activities to pick, and that they strictly monitored behavior.

Steffi Gehrke, another German mother in DC, made the same experience after her family’s move from Berlin two years ago. “The kids were taught not to talk too loudly, not to run and to always walk down the stairs slowly and in a row,” Gehrke observed at her son’s Montessori preschool in DC. “Back in Berlin, Ben used to be the quiet boy – but here he was suddenly the wild one!”

Let’s be nice vs. Let them sort it out

Both German mothers said they were surprised that the American teachers would intervene immediately if two children got into a fight – quite the opposite to the German approach which tends to be to let the kids work things out for themselves. “In Bonn the children were encouraged to discuss their positions and find a compromise. Over here the teachers just go in and say: ‘Let’s be nice to each other.’ To me, this feels like glossing over the problem,” said Schlenke.

In Stuttgart, Carrie Anderson is coming to this from the opposite perspective. “In the U.S., the focus is on sharing, and the children are encouraged to wait until it is their turn,” she explained. Compared to the U.S., she experienced some of the German kids as rather ruthless. During her son’s first days at his Kindergarten, she saw him being harassed by others, and she was disturbed that there seemed to be no consequences. “The children’s play here is a lot more rough,” she said. “And the teachers don’t seem to step in.”

The more hands-off approach in Germany also becomes obvious when it comes to safety concerns. In German as well as in American institutions, the playground and the rooms are always under adult supervision, but the German facilities usually also provide corners where a child can hide away. According to Roßbach, this is no coincidence. “We Europeans always have differences with our American colleagues when it comes to visibility,” he said. “In the U.S., all parts of the room have to be visible for the teachers at all times. In Germany, we prefer to create a few out-of-the-way spaces where kids can take a break.”

When Carrie Anderson’s son made pumpkin soup with his Kita group in the fall, she was pleasantly surprised that the kids were using knives to cut up the pumpkin. Across the Atlantic, Steffi Gehrke’s son Ben and his classmates watched the teacher hollow out the Halloween pumpkin. So even though the benefits of the different pre-school systems may be hard to compare – here is one skill at which Pierce will likely excel when his family moves back to the U.S.: He will be able to carve up his own pumpkin for Halloween.

This entry was posted in Transatlantic. Bookmark the permalink.

2 Responses to In the forest or at the desk: the transatlantic pre-school divide